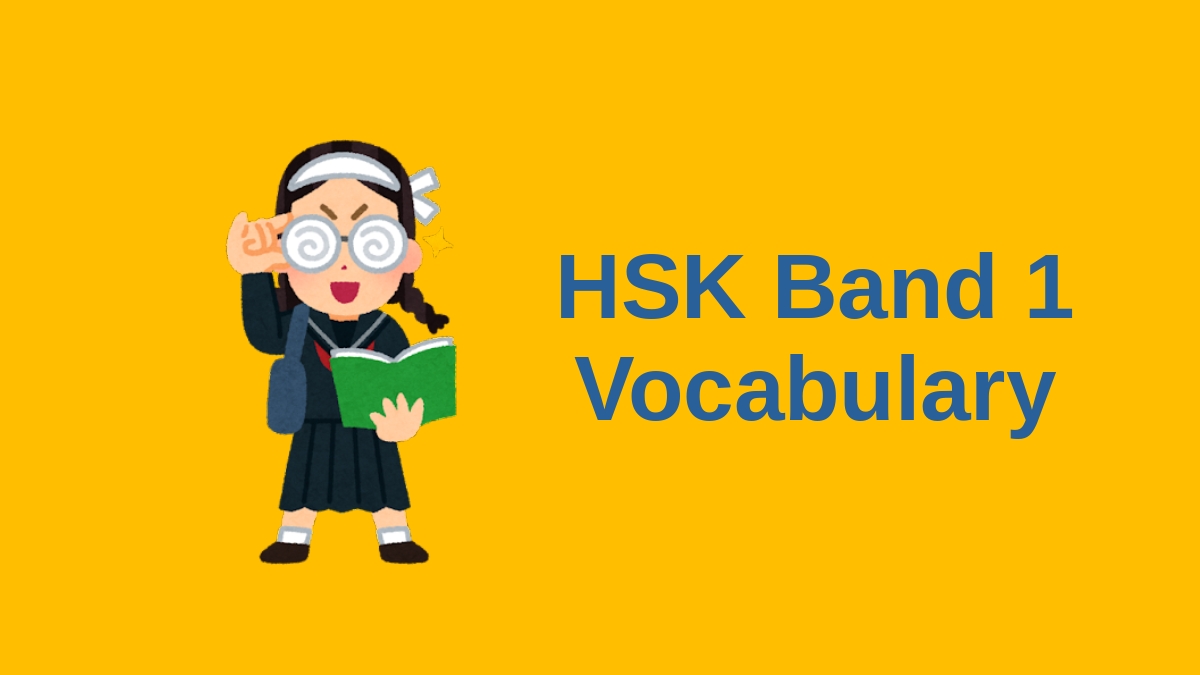 In March 2021, Ministry of Education of the People’s Republic of China released the new Chinese Proficiency Grading Standards for International Chinese Language Education. The new standards have been officially implemented on July 1, 2021.

HSK Official has announced that the new HSK test 3.0 will be divided into three levels and nine bands. Lists for both grammar and vocabulary are updated too.

This post lists the New HSK Test 3.0 Vocabulary Band 1, and required words in this band are 500: